The increasing presence and use of information and communications technologies in teaching at all educational areas and levels has made mobile devices become essential tools among students to track different subjects.In this sense, mobile devices and applications are no longer seen as purely recreational communicative elements to become allies for autonomous practice of skills, considering that people live and interact in various areas that directly and indirectly influence at all aspects of life.

The countless technological resources that we have access to, nowadays driven by the so-called “digital society”, has resulted in new models and communication systems and production as well as different ways to understand and comprehend the realities that occur and arise in multiple environments where anyone currently operates (close and distant teaching).

We start from the premise that learning should be a process to be carried just over a lifetime without being relegated to classroom space and time, as well as the orientation of learning personal, digital and professional competences. That is to say, this situation requires learning to prepare students for tasks to which they will have to face in their life in a safe, transparent and legally and ethically responsible way.

We believe that this matter requires a deep and academic reflection by all the professionals involved, which we hope to do in this forum.

The main topics regarding this track are related but not limited to the following ones:

Session will be organized in thematic threads. Each thread will be presented as an interactive panel in which the participants will have about 10-12 minutes following a debate about it. After the panels workgroups will produce the conclusions of the track that will be published both online in the conference webpage and as a collective paper in a journal.

Language: English will be the official language for all the presentations and discussions.

Submissions must be done through the EasyChair platform: https://easychair.org/conferences/?conf=teem2017. 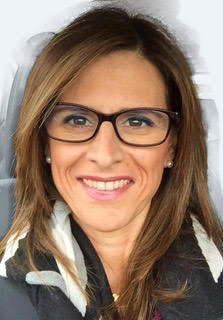